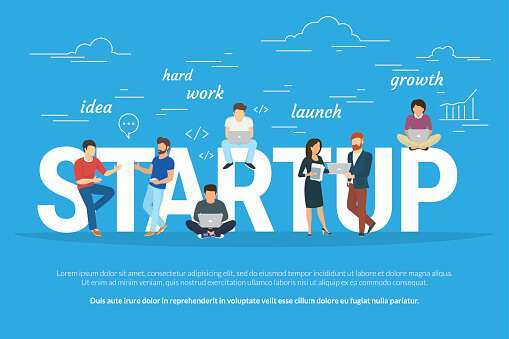 India is becoming a hub for startups. The number of startups is increasing year after year in India, creating an enormous growth for opportunities. More than 12,000 startups came up last year according to NASSCOM. India is a country with a vast population and it produces lakhs of graduates per year. With the increase in graduates per year, the importance of job creation also increases. Almost every student in college has numerous ideas that may lead to possible startups. Some of them execute those ideas and become successful entrepreneurs in the near future while others, without the proper facilities, are not able to execute those ideas.

The government is taking initiatives to provide the necessary facilities, loans and other means to give these young, energetic students a platform and chance to share their ideas and build their own business. According to NASSCOM, the key growth drivers for startups in India are enterprise software, fintech, healthtech marketplace, and edtech. Data analytics, Artificial Intelligence, and IoT startups have been experiencing the fastest adoption across the industry. There was 120 percent funding growth for Artificial Intelligence startups with $150 million investments made in this field in 2018.

According to global data, instead of large enterprises, it is the startups that create new jobs in any country. Startups are full of the latest innovations and are an awesome way to intensify the employment creation in the Indian economy. Nonetheless, a more impactful aspect is the technological advancements startups bring to the country. Startups involve dealing with new technology and make the world aware of it and its applications. With the increase in the number of startups, India has the potential to be a global leader in skilled work and not just a hiring destination for cheap IT services.

Startups are the most effectual economic bodies on the market, as they provide additional effects and intense competitiveness to any economic system. This implies that the economy stays healthy, indispensable and industrious, while individual companies find it harder to fall asleep on their honor. A startup is important as it brings the latest and new innovations, new employments and competitive effectiveness into the business environment. An aspect of startup companies is that they initially test different business models so as to find the best possible fit for the market.

Entrepreneurs often assume the needs of the audience according to the latest trends without even interacting with them to know what they really want, as they want to expand in several possible businesses using as much technology and innovations as possible for the best possible outcomes. This unorthodox attitude is not possible with large organizations with many stakeholders to answer to, as the stakeholders are also affected by each decision that the organization takes. As enterprises grow, they come under the scope of governance and shareholders may want to have a word in the decisions the company makes, as it may affect their shares.

As a startup, companies are free from that obstacle and that’s what makes startups so ingenious and nimble. Startups function in an environment of ever-changing technology and try to maximize the profits by respective innovations. This causes forward and backward linkages which trigger the process of economic development in the country. In India, there are more than 1500 traditional skill-based groups covering several skills from textile designing, handicrafts, technology, paper production, coal, leather and brass goods to wooden industries.

Nonetheless, most of those functioning in the sector are agonizing from serial exploitation, poor living conditions, extremely low wages, and inaccessibility to the direct market. Companies that function in this sector provide them the raw material and treat these craftsmen as daily wagers rather than as artists whose work should be valued. Developed countries are now looking towards India to gain maximum from the huge undeveloped potential markets. In recent years, different nations are taking different measures to affiliate their businesses with Indian startups in almost all sectors. Such joint operations can attract huge foreign fund which can increase the country’s growth and economy.

There are almost 3000 startups starting per year in India, standing just behind UK, US, and Israel according to NASSCOM. If the growth continues at the same speed then Indian startups are expected to generate almost 2.5 lakh jobs in the upcoming years. India is also expected to enjoy demographic dividend and it is predicted that by 2020, India will be consisting of 110 million working people falling in the age range of 20-24 years as compared to that of 92 million workers of China. This demographic dividend will definitely increase the startup culture in the country.

The Prime Minister’s Startup India campaign is a great measure to increase entrepreneurship in India. This will play a vital role in further facilitation of startups and providing a new extent to entrepreneurship in the nation. India needs to address the major needs of the country in sectors like affordable healthcare, education, finances, etc. Despite of a startup antagonistic environment, Indian entrepreneurs have already made India one of the top 4 entrepreneurial seedbeds in the world. It augurs well for the country that the government, for the very first time in modern Indian history, has understood the criticalness of startups for employment and economic growth and has launched ‘ The Startup India, Stand up India mission ‘. The government must assist startups in promoting themselves, not just in India but across the world and also create policies that are startup-friendly so as to boost the Indian startups so that they can further create better job opportunities for the youth of the nation.

The Government should provide easy availability of loans across the country. Startups can have a more tax-pleasent standard to sustain the pressure which sometimes adds to their cost. Local startups should also be given equal importance and values as they can solve the needs of the rural areas of the country through their products and services in an efficient manner. Local startups will not only make the lives of the people easier through their affordable and convenient products and services but also act as a major booster for the development and the progress of the Indian economy.

IMPORTANCE OF SEO TO GROW YOUR BUSINESS ONLINE

The future of human interaction with machines