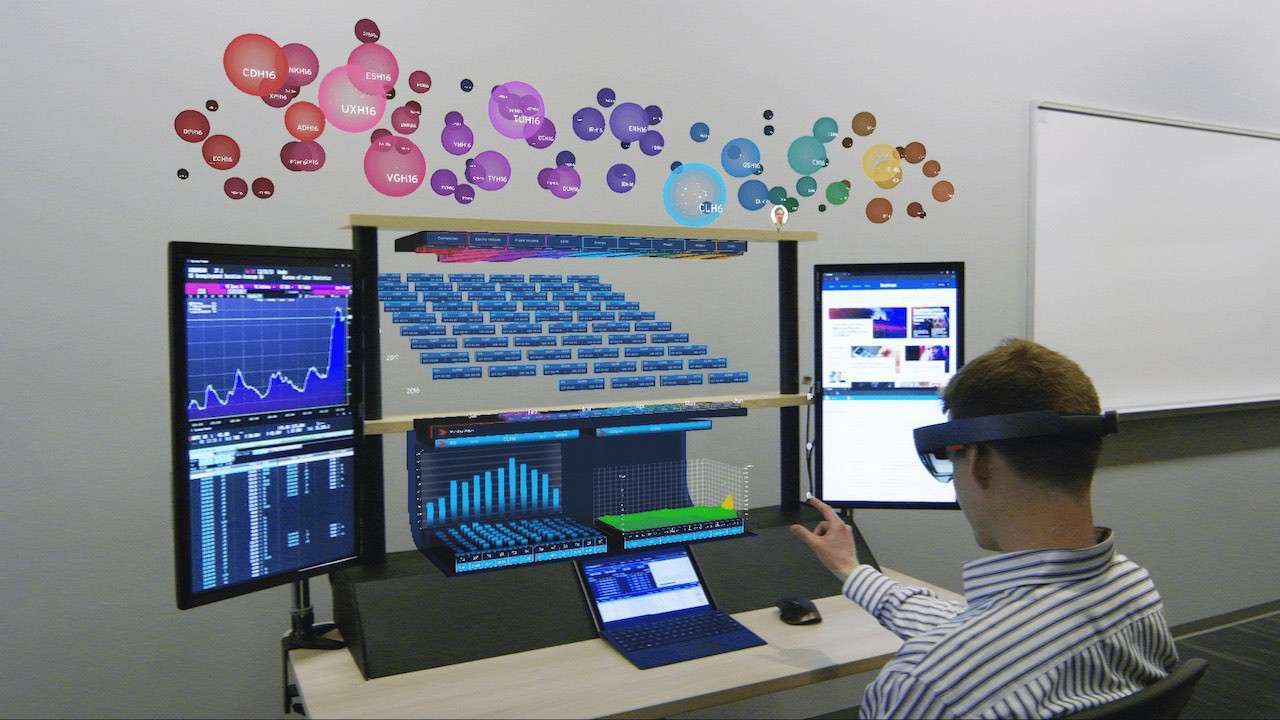 Have you ever imagined being in outer space or any other planet or in the middle of your favorite video game world surrounded by your favourite characters ? We all had such dreams and imaginations when we were kids. Some of us (including me) still wish to live those dreams. Well, it’s not yet possible to physically be at such places for common people but, you can definitely ‘experience’ being there while you’re still at your home! Yes, you read that right! YOUR HOME! But how? Well, the answer is “Holographic Augmented Reality “! Holographic Augmented Reality, abbreviated as Holographic AR, is the future of Augmented Reality. While all Augmented Reality does, is enhance the real-world objects by computer generated information and displays the computerized and interactive environment through a display, headset, HUD or lens attached to the user, Holographic AR does the same but the user do not need to wear any kind of equipment. Instead, the entire surrounding of the user, is changed/enhanced using holograms.

Holographic AR extracts people and objects from the real world, in real time, and immerse them into the virtual and enhanced environment where they can interact with digital elements naturally. In other words, it allows users to see themselves in the virtual world and interact with objects found within the same space. By overlaying the person’s image into the digital interface, it makes it appear as if the user is in a completely different world. An innovative aspect of Holographic AR uses body movement, like hand gestures, facial expressions, and voice commands, to act controllers of the experience.

If you’re a Marvel fan, then you must’ve heard about B.A.R.F (Binary Augmented Retro-Framing). This is the technology used by Mysterio to create the illusions in Spiderman: Far From Home. B.A.R.F is somewhat similar Holographic AR, as it also creates virtual objects around the user which are also interactive.

Children learn through experience and practice. In case of language or speaking development, early literacy depends widely upon high-quality experience that stimulate speaking and listening of the child. The most effective way to build up vocabulary and awareness of sentence structure is through real-world experiences.

Soldiers can be trained in the simulated virtual environments that are made according to the upcoming mission locations and make the soldiers aware of all the dangerous areas and the blind spots, along with virtual enemies for more intense training.

The greatest scope for Holographic AR in the near future. Holographic AR will definitely change how people play games now a days. Real life experience while playing virtual shooters and sports will make this one of the booming technologies in the future.

Children can learn new things from exploring the outside world like, the Stone Age, space, etc. created virtually by the Holographic AR.

Surgeons and Doctors can operate on virtually simulated patient bodies and to learn more about the do’s and don’ts of surgery and achieve better results in the real life operations.

Holographic AR can be used to closely study places where humans can’t be physically, like on top of an erupting volcano or inside a tornado.

Holographic AR surely has a bright future in the upcoming years with a lot of improvements and enhancements. Just imagine how cool it will be when you pick up a water bottle it feels like some sort of an Alien space gun! With this technology coming up, the future’s gonna be AWESOME!

PR STRATEGIES TO GROW YOUR BUSINESS

How to use Instagram to increase your Business in 2021